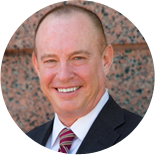 Sean M. Ellsworth has over 25 years’ experience representing individuals and corporations in complex criminal and civil litigation. Mr. Ellsworth is licensed in both Florida and Massachusetts, and has represented clients throughout the United States as well as internationally. As the founding member of the firm, Mr. Ellsworth concentrates his practice in the representation of professionals and corporations in complex criminal, civil, and administrative proceedings, including license disciplinary proceedings, and in criminal and civil cases involving Medicaid and Medicare. Mr. Ellsworth has represented thousands of health care practitioners in license disciplinary cases and has handled dozens of Qui Tam (whistleblower) cases.

Mr. Ellsworth is a former elected Director (2000-2002) and Treasurer (2003) of the Dade County Bar Association Young Lawyers Section and was elected as a Director of the Dade County Bar Association for the 2006-2008 term. Mr. Ellsworth is a member of the National Association of Criminal Defense Lawyers and the Florida Association of Criminal Defense Lawyers. Mr. Ellsworth frequently speaks on the topic of health care criminal and licensure cases and was an invited speaker at the Southeastern Health Care Fraud Institute in Atlanta, Georgia. Mr. Ellsworth was also an invited speaker at the American College of Trial Lawyers annual meeting in Boston, Massachusetts on the topic of "The Dark Side of Technology in Jury Trials," after his successful defense in the case of United States v. Serge Francois, which involved a federal Internet pharmacy prosecution in the United States District Court for the Southern District of Florida. 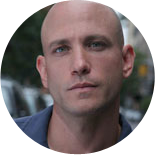 Eric Bravin (Of Counsel and Not Licensed in Florida)

Eric Bravin is of counsel to Ellsworth Law Firm. He is a member of the California (inactive) and District of Columbia Bars and has been practicing law for over 17 years. He is a graduate of Stanford University and Columbia School of Law, where he was a Harlan Fisk Stone Scholar and twice a James Kent Scholar (presented to approximately the top 2% of the class). Mr. Bravin served as a law clerk to the Hon. David M. Ebel of the United States Court of Appeals for the Tenth Circuit and to the Hon. Ruth Bader Ginsburg of the United States Supreme Court. Since then Mr. Bravin has practiced in every level of Federal and State court, as well as in mediations, arbitrations, and internal investigations. He has worked on complex civil and criminal matters, including representation of the individual named as "a person of interest" in the anthrax mailings of 2001.

Mr. Bravin has taught constitutional law at the University of California School of Law (Boalt Hall) and has taught undergraduate courses about the Supreme Court and the Constitution (University of California’s Washington Program – UCDC). He spent four years as an Acting Assistant Professor of Law at the New York University School of Law. Mr. Bravin is a two-time Olympian in the sport of fencing and a member of the United States Fencing Hall of Fame and the Stanford University Athletic Hall of Fame.

Mr. Bravin is not a member of the Florida Bar.